ACID 21: Socio-economic aspects of Circularity in the city of Amsterdam 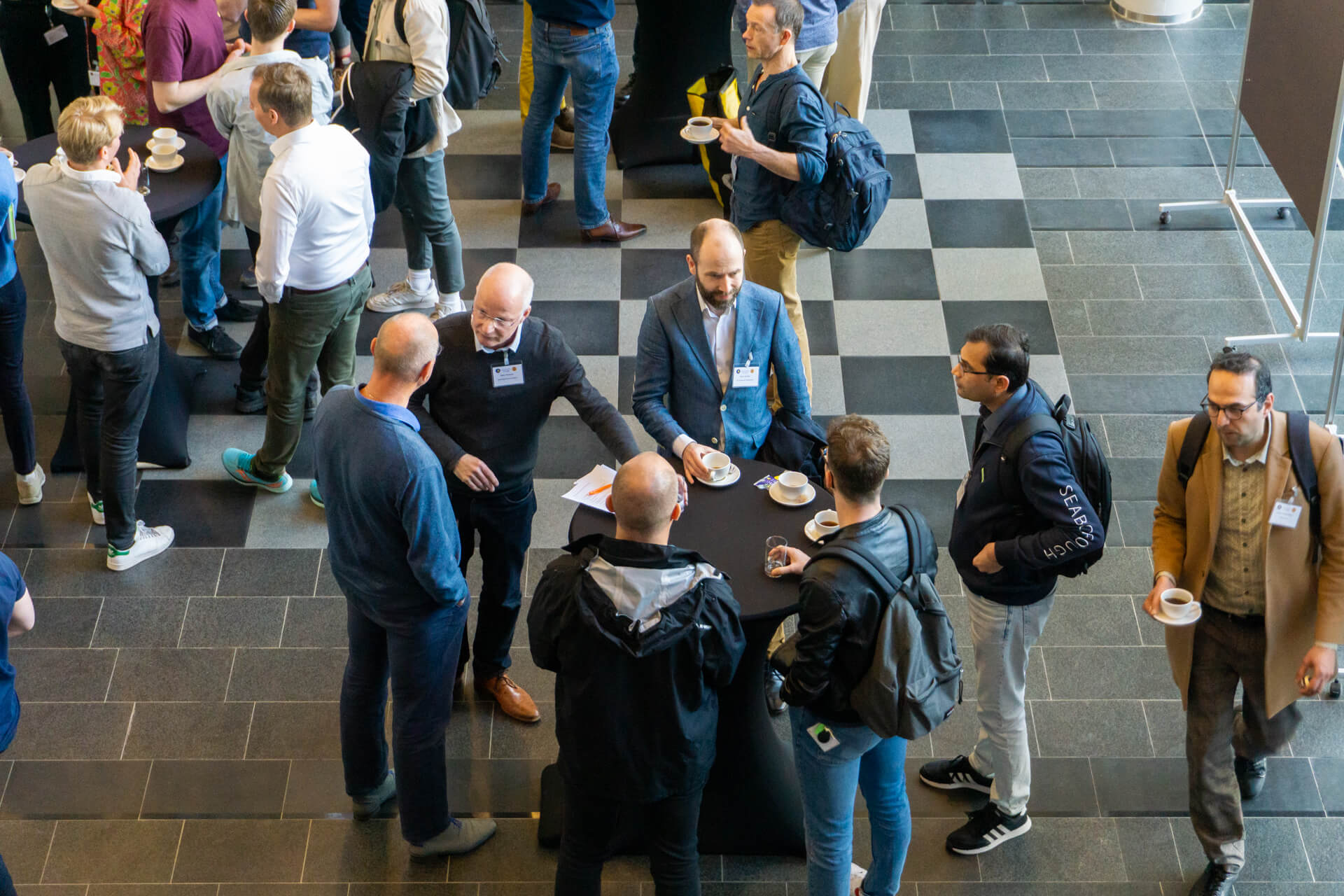 During our last event on the 25th of March, the Amsterdam Chemistry Innovation Day, we organized an engaging panel discussion. Many aspects of the circular transition have been touched, and it is worth it to go through them once more.

The challenges of the circular transition are not only technical, but they involve deep changes in everyone’s mindset and behavior. That is why our panel guests tried to offer a socio-economic perspective to an audience in which the majority had a chemistry background. Sometimes, an unusual knowledge sharing moment can be the best promotion of innovation, we believe.

Global system level - Analyzed with Rieta Aliredjo: consultant, policy advisor, and an “entrepreneur with purpose” in the past decade.

“Our planet is facing a crisis not only because of the natural pollution, but also because of the inequalities that are increasing worldwide. In many countries the majority of the people do not have access to minimum wealth, education, political voice, or not even clean water. What everyone should aim for, then, is a safe ecological system and a just society. This is the basis of a Donut Economy” Rieta started explaining. “One economic promise that has not being fulfilled is that economic growth and its inequalities will be solved with time and more growth. This concept is known among the economists as the Kuznets curve.” Unfortunately, this has not being observed so far. Moreover, the current model is rooted in the past century's concept of an infinity of natural resources, in which pollution is just an externality often overlooked. “The Donut Economy model, proposed by Kate Raworth, describes instead a thriving system, where ecological boundaries are respected and societal needs are pursued” Rieta continued. This means that we should develop and adopt parameters that can describe the thriving of a country, next to profit and GDP which consider growth alone.

When coming to circularity, Rieta said: “We are the first generation who gets to understand the impact of the system we are in. There are already praiseworthy initiatives at a local level promoting circularity. Their scalability, however, will be challenging, and the government should support them, even when the market would just kill them.” Differently from the energy transition, the circular transition is at an earlier stage and even more complex to implement. The pay-off would be substantial: about 39% of greenhouse reduction would be achieved with a global circular economy in place (source). That is a huge potential of which too few are aware of. “Why not to adopt a Donut Chemistry?” Rieta asked. “We live in an embedded system, where science and society should always collaborate. We need people that have the bigger picture in mind, who think new processes, ideas and innovations to be regenerative and distributive. It all starts with the mindset.”  We are still far from a satisfying result: worldwide circularity is estimated around 8.6% in 2020, according to the Circularity Gap Report analysis, and projections are not optimistic. “Even if a 100% Circularity is not physically possible, it can be an inspiring concept to get the Earth in balance, keeping in mind the need of basic human beings” our guest concluded.

City level – Analyzed by Jorren Bosga, researcher with a background in Data Science, he is now working at the City of Amsterdam for the Monitor Circular Economy.

“How can the City of Amsterdam contribute to the concept of Donut Economy?” he started asking. “If you unroll the donut, you will end up with social gap to fulfill and ecological boundaries to respect. In addition, you will identify issues that can be tackled at a local level, others at a global level, and a lot of complexity in their interdependence.” An ideal approach towards a better understanding is to look at the material flows, to make the circular economy more tangible. “Amsterdam does not produce most of what consumes, so its economy is quite impactful on the rest of the world. Quantifying material flows will help us understand where to take action first, for example. Measuring it is crucial, but of extreme difficulty” Jorren added. You can follow the progress of the Monitor Circular Economy on the City’s website. Jorren shared with us some insights: “The Netherlands is a global frontrunner in the circular transition (Circularity Metric of 24.5%,according to the Circularity Gap Report analysis, editor’s note). However, the City government has ambitious goals: to become 50% circular by 2030, and fully circular by 2050. We are not on the right track. Material consumption is still growing, while we should reduce it of 2.3 billion kg per year, the equivalent of 15 Cruijff arenas.” Next to the material flows, we can measure the transition in other complementary ways. For example, how many people and entities are working on this topic; but also the effects of our actions, how we are improving efficiency in material use and recycle, how we are reducing social impact using less conflict material. All these aspects require data with a wide coverage and a detailed monitoring. This is the challenge that the City of Amsterdam accepted to address, becoming an example for future similar initiatives.

Individual level – Analyzed by Joey Hodde, sustainability analyst and consultant at Metabolic. Joey showed us his story of successful initiatives in favour of sustainability here in Amsterdam, showcasing some excellent projects. “During my studies, me and my friends were not satisfied by only learning about the problems, we wanted to contribute to their solution.” They took action for the first time when they heard of an old and contaminated shipyard in the Port area of the City. This piece of land was so highly polluted that soil digging was not allowed, so no constructions were permitted. Thanks to the idea of a group of architects, we used houseboats to create a restaurant-café and offices. The City and the neighborhood allowed us to operate in a low-regulation zone, that allowed us to develop several projects of sustainability in the area. We first mapped all the waste streams, from the kitchen to the grey waters, and we tried to close as many loops as possible. Today we compost all the organic waste to fertilize our greenhouse plants, we have a bio-digestor to make gas for the café, and even a struvite reactor to recover phosphate from urine.” Looking at their secondary impacts, the land use of the café is smaller than an average restaurant, incredibly smaller than a fast food.

“After a few years, we realized that part of the money we paid every month to the national HORECA pension fund was invested in fossil fuels companies" Joey continued. "We decide to take action again to “green” these investments, via discussions with the fund, and protests.  After being called “a bunch of silly hippies”, four years later the same people from the pension fund agreed with our positions in some way, and decided to remove fossil fuels business from their portfolio. One of the biggest pension fund of the Netherlands immediately followed the example: PME (“pensioenfonds voor metalelektro”) decided to de-invest about 1.2 billion euro from fossil companies. Joey was of great inspiration for everyone who wants to contribute in a better society, and demonstrated how local communities can play an important role in the circular transition.

Enjoy some pictures of the event. 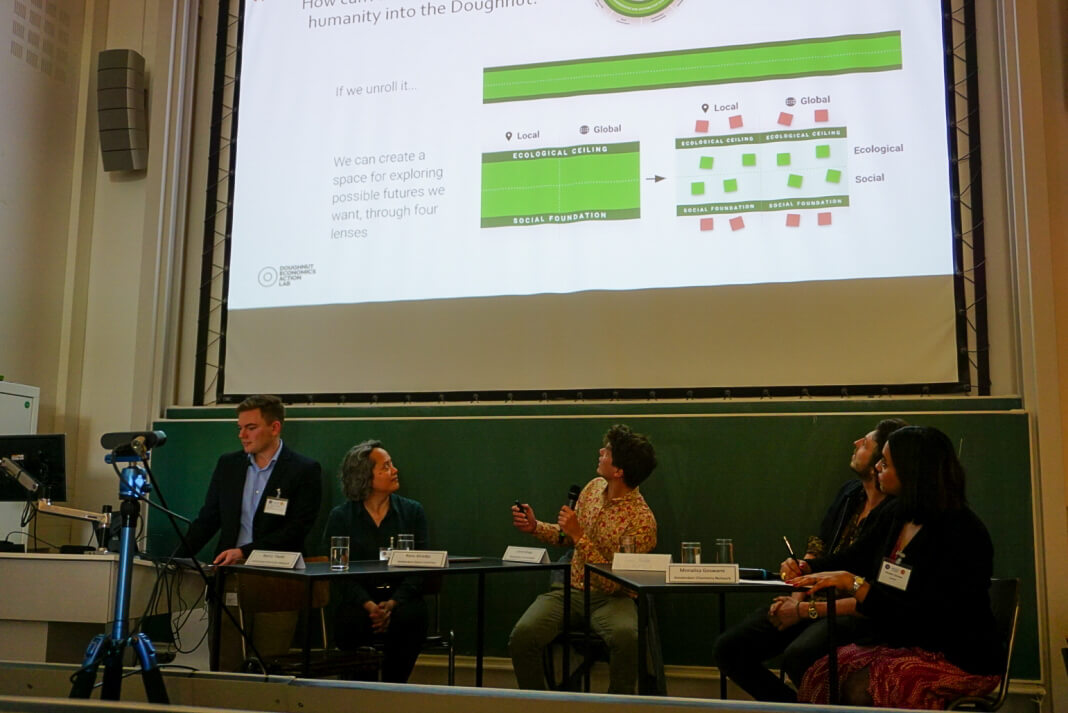 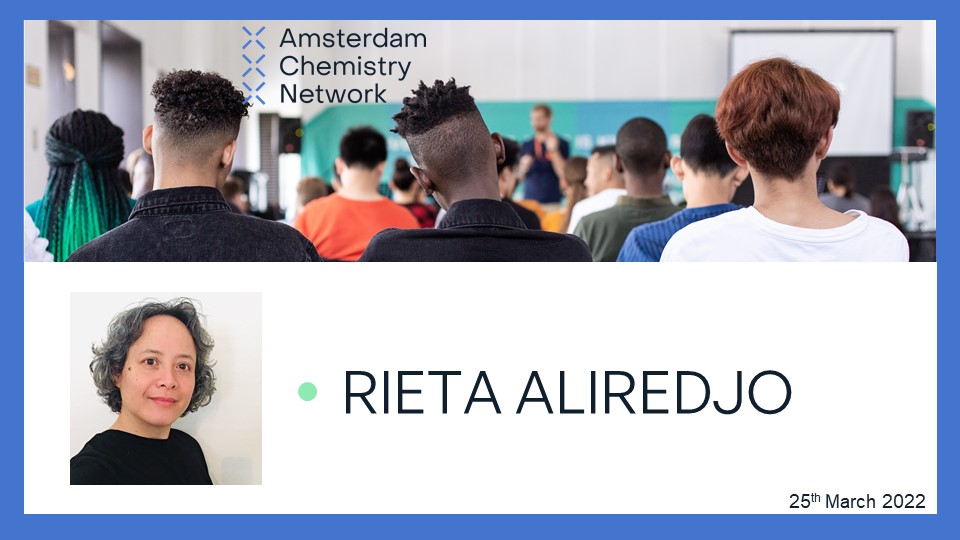 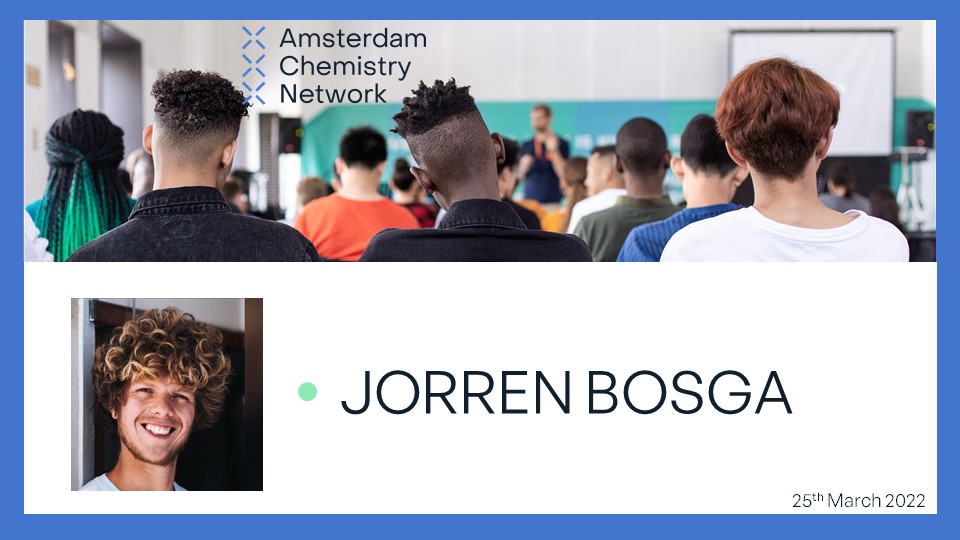 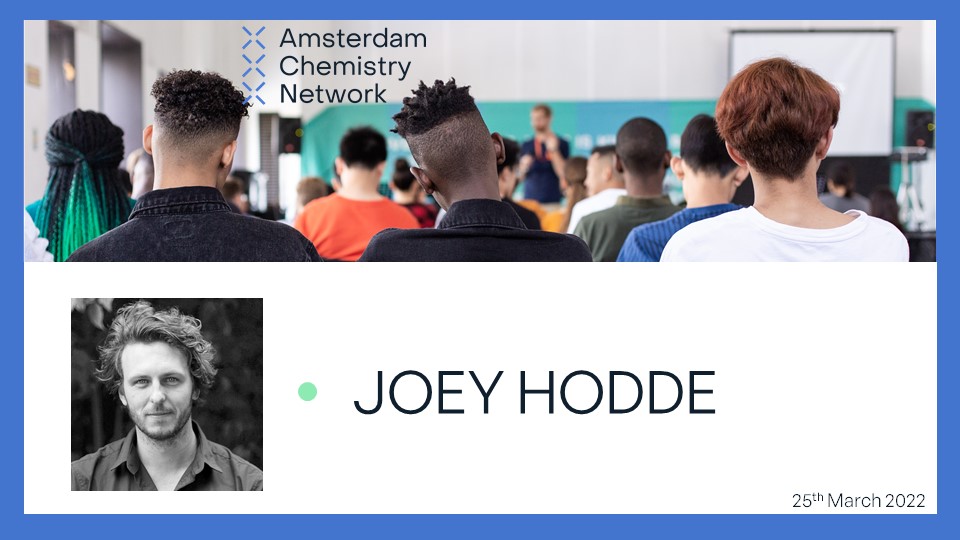 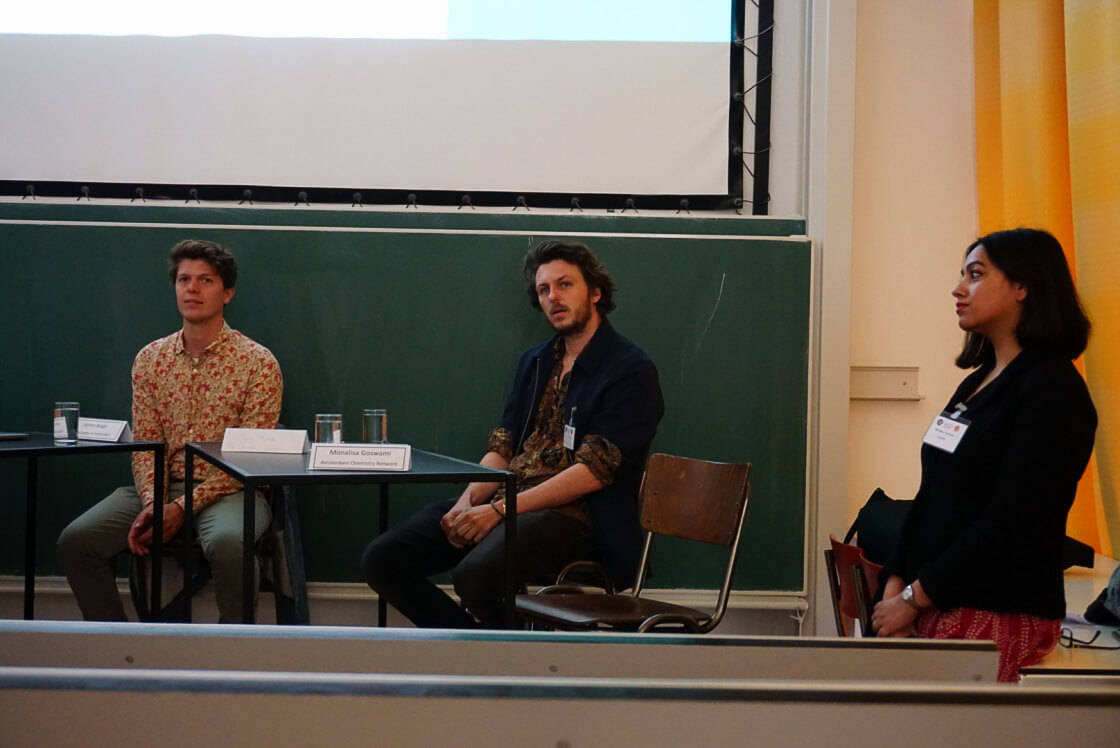 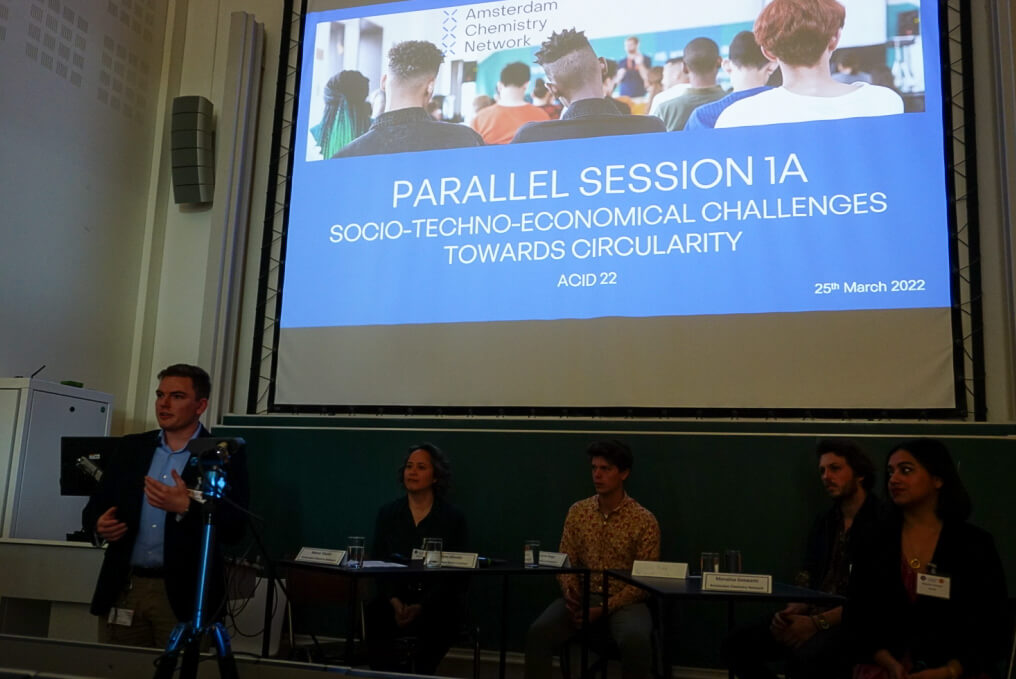 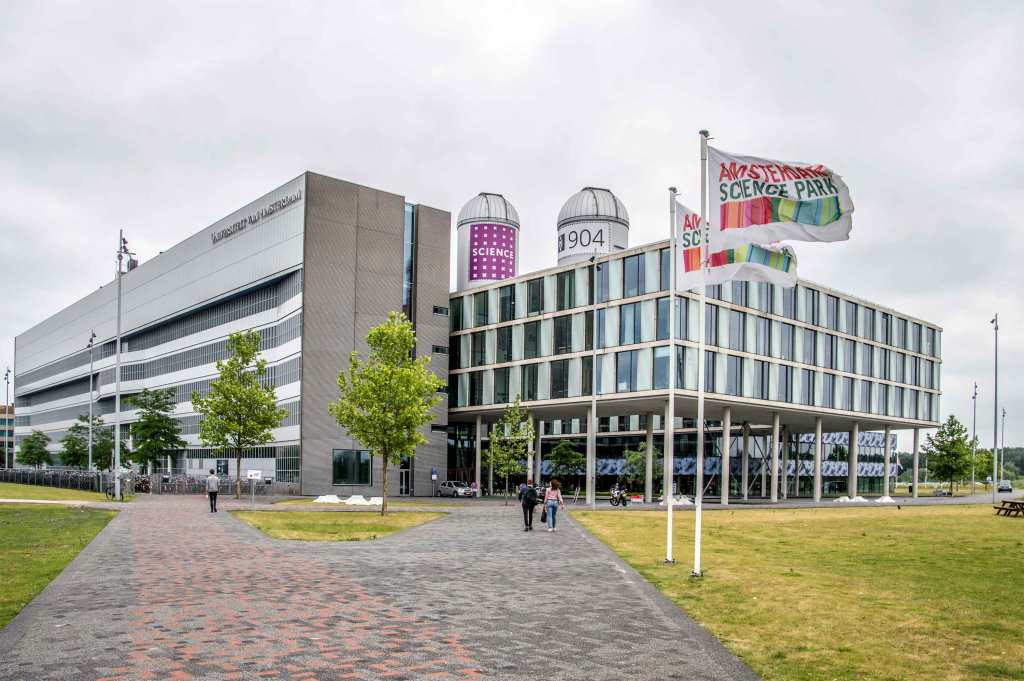 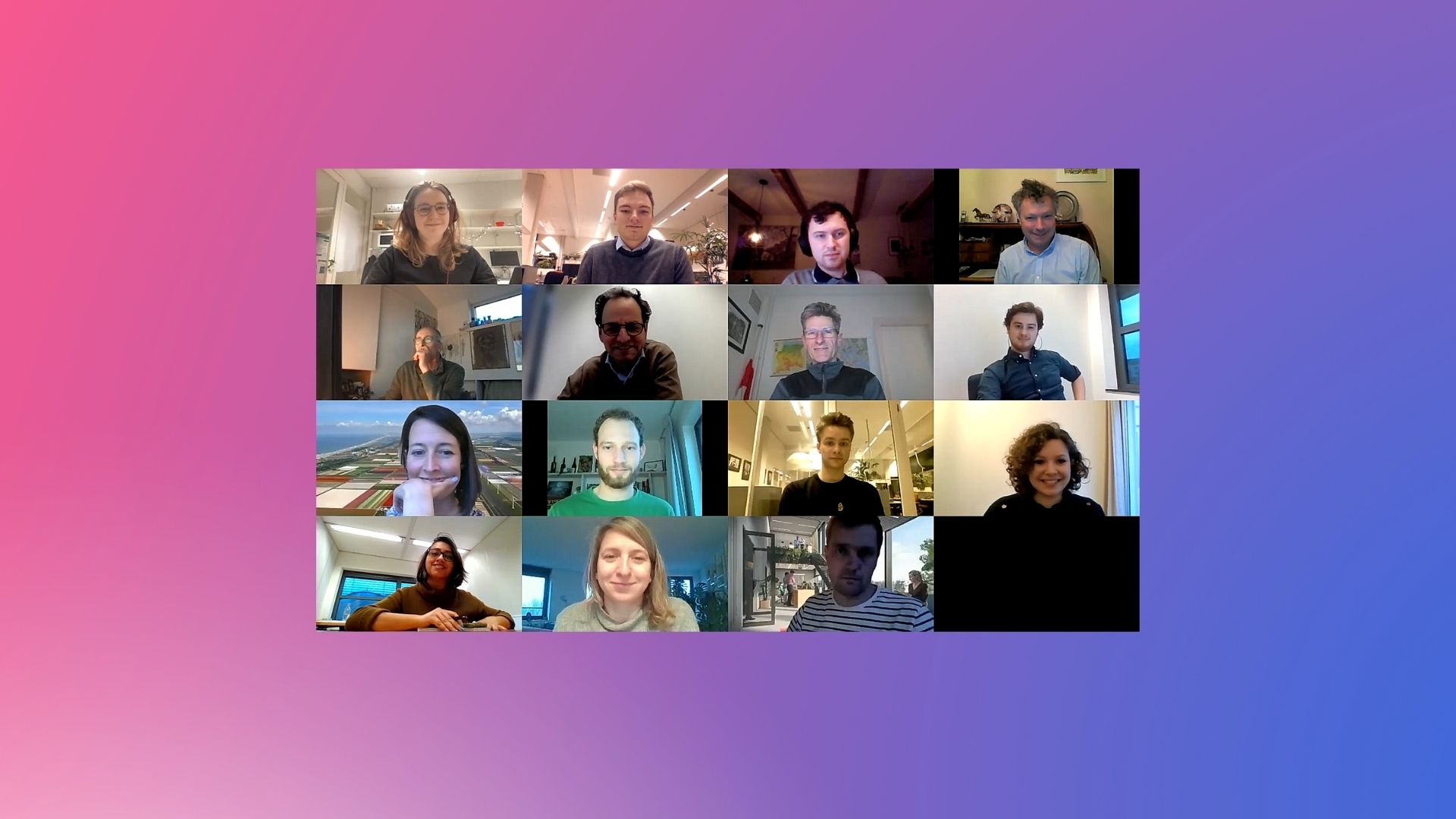 Chem Together #1 is a wrap!

We believe in the power of connections.

connect with us now